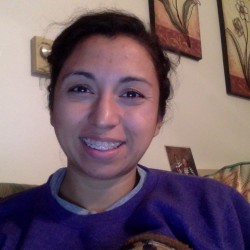 Annotation: It's Labor Day weekend, and Junebug hasn't seen his friend Robert since May, when Junebug's family moved from their housing project. Now, Mama, Tasha, Harriet, and Junebug are off to the beach for a reunion. Robert is there, but so is Trevor, another boy from the housing project who is a gang member with a gun. With Junebug gone, Trevor easily befriended Robert and is luring him to join the gang. Can Junebug stop Robert?

Author's Information: I had an unusually healthy childhood-sailing across the ocean on a steamship at age 7, visiting England,Scotland, and Norway, and playing endlessly with my dollhouse, which perhaps eventually lead to writing many books for children. Because I live in a refugee resettlement city Portland, ME, I wrote about displaced kids from war areas, Sudan, Kurdistan, and Kosovo. I was also an art teacher. The book, Soldier Mom, now 20 years old, was written during the first Gulf War, when we suddenly used a "reserve" army instead of an enlisted one. I had two active sons, dogs, rabbit, chameleon, hamster and later assisted 40 Kosova high school students. I loved gardening, painting, reading. But suddenly began to hurt everywhere, falling, weak. Nothing helped.I had to leave my job as an art teacher but was still able to write.
Nearly twenty years (plus a bout with severe cancer) into feeling weak, I now know I have Myasthenia Gravis, a neuromuscular disease that affects your eyes, breathing, endurance and speech.
I still write, paint, sing, practice my standup comedy, and take photographs. Really nothing inside me has changed at all. I fight to improve, laugh over the silliness of ordinary life, and am curious about all sorts of things.